A Slow Exit (He is Going to Die) 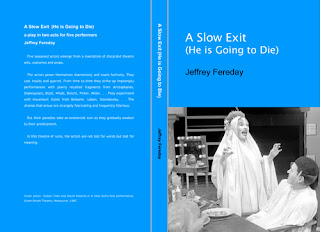 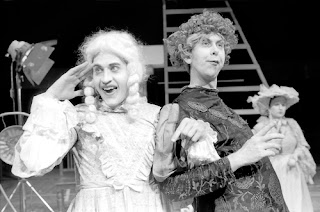 The actors preen themselves shamelessly and snack furtively. They cast insults and quarrel. From time to time they strike-up impromptu performances with poorly recalled fragments of Aristophanes, Shakespeare, Bizet, Brecht, Chekhov, Ionesco, Pinter, Miller, Warhol, Williams, Wilde, Wilder, TV soaps . . . They experiment with the acting methods of Stanislavsky, Strasberg . . . and the movement styles of Delsarte, Laban . . . The dramas that ensue are strangely fascinating and frequently hilarious.


But their parodies take an existential turn as they gradually awaken to their predicament.

In this theatre of ruins, the performers are not lost for words but lost for meaning.